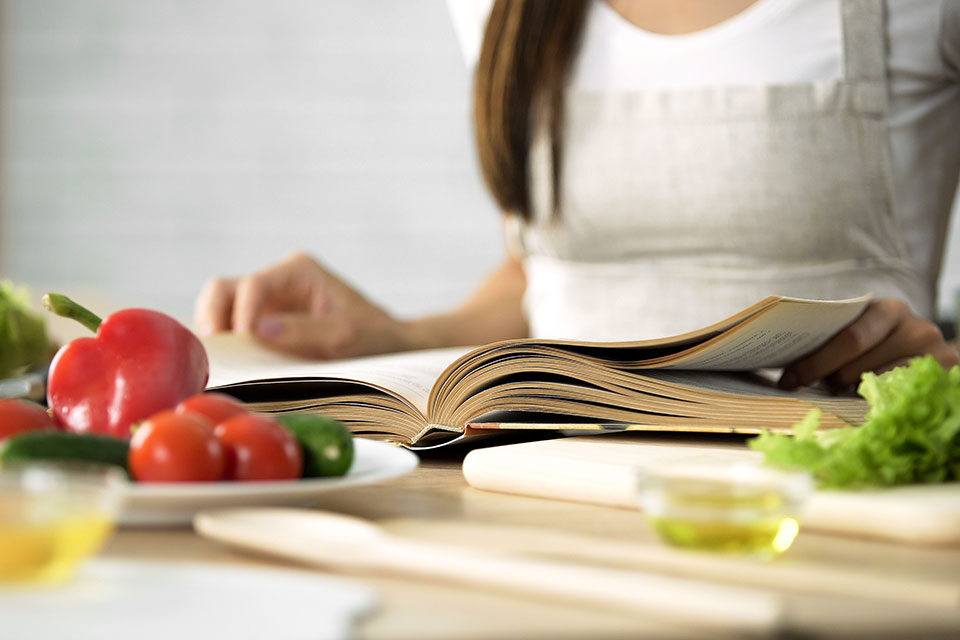 The Office of Student Engagement has pulled together an online “Salve Community Cookbook” with the intention to bring Salve Regina students, staff, faculty and family members together during the unprecedented pressure of a pandemic through the nurturing pastime of cooking.

Anyone interested in reviewing the recipes can find the online cookbook here. 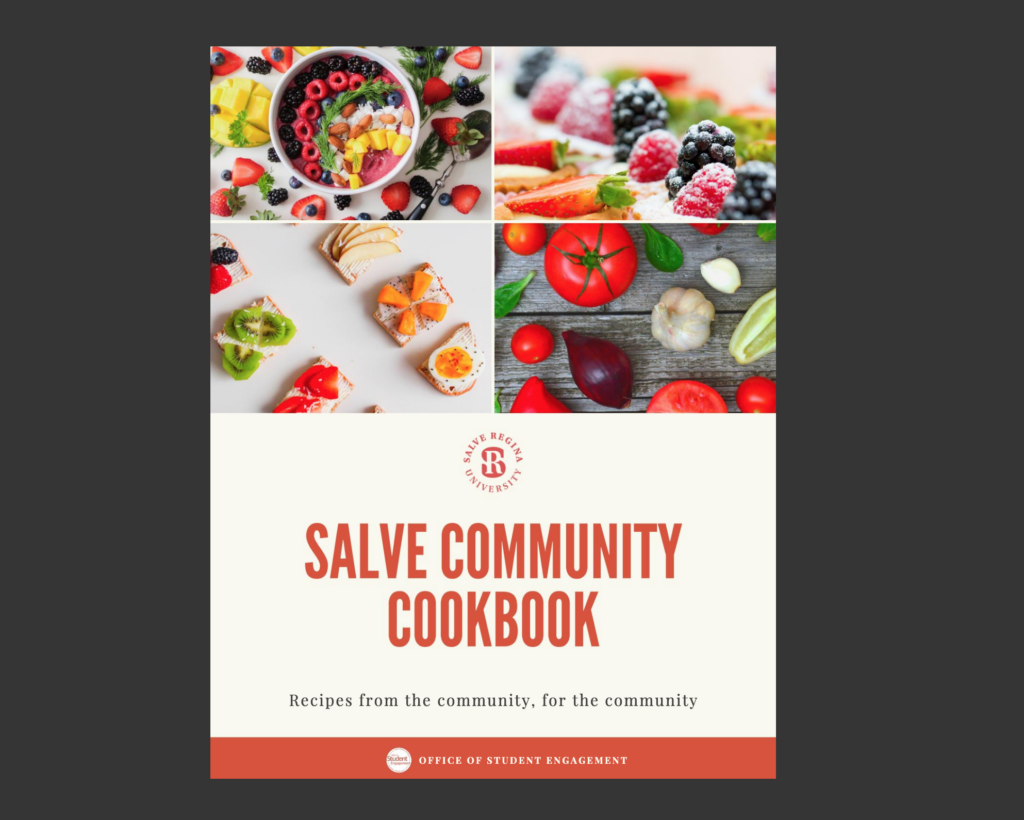 The “Salve Community Cookbook” was pulled together during the last half of the spring semester by various work study students and staff within the Office of Student Engagement — including Meghan Larkin, office coordinator for student engagement.

The idea for the cookbook came about when students were telling the Office of Student Engagement how tired they were of being on their computers, according to Larkin. Students, along with many people across the country and the world, had taken up baking as a way to cope with being cooped up inside the house with little access to restaurants or other activities during the initial quarantine.

In response, student engagement began holding virtual bake along nights with Mad Batter Baking Club, a baking club on campus. Students began sharing and collecting recipes, and the idea of the cookbook emerged.

“At this point, I thought that maybe the best thing to do would be to have them create in a shared document all of the recipes they were doing,” described Larkin. “Our student employees were going to create an entire cookbook of recipes.”

As the news caught on that an online cookbook was in the works, students, staff and faculty all wanted to participate after hearing about the project, so the idea morphed into a community-wide cookbook for Salve Regina. Submissions for recipes were also collected through an online submissions process advertised on social media, and students, staff, faculty, and community members — including Salve Regina’s President Dr. Kelli J. Armstrong — all contributed.

All in all, the Salve Regina community came up with about 36 pages worth of material, with about 30 actual recipes, according to Larkin. 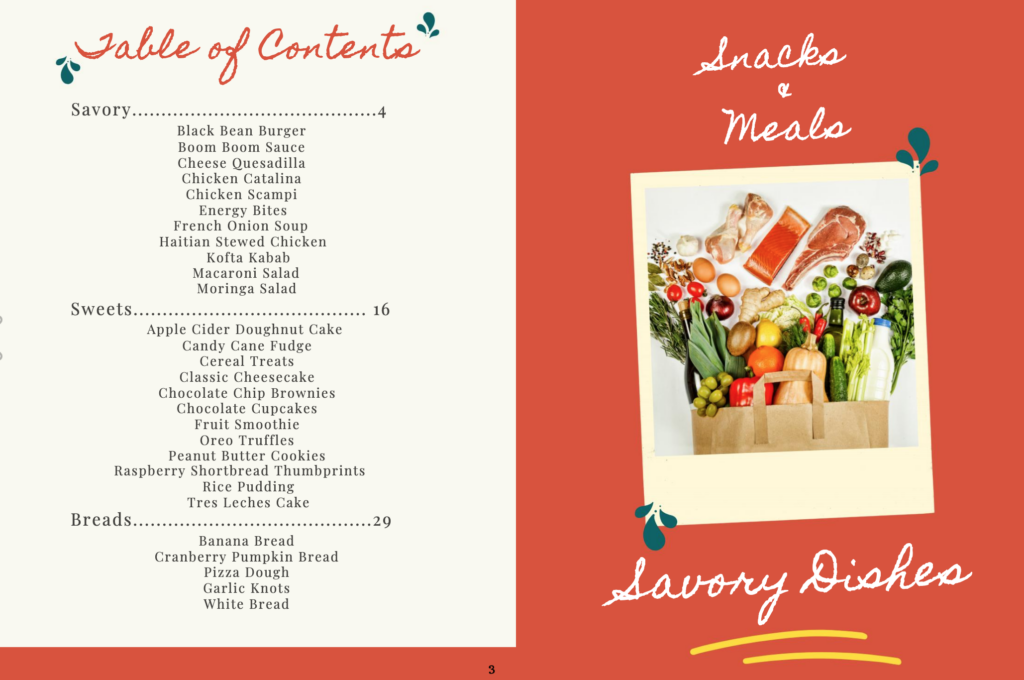 A look inside the “Salve Community Cookbook.”

“We put it out because we wanted people to have something to do,” Larkin said. “What better way to create this cookbook … so that students have a safe way to take themselves away from the computer, restart and rest?”

When the online “Salve Community Cookbook” was published in mid-May, it garnered hundreds of views in a matter of weeks, according to Larkin. But the idea isn’t over. The Office of Student Engagement is hoping to add to the cookbook over time, so submissions to the cookbook are still being collected with a Google document. Anyone in the Salve Regina community can submit tasty recipes for consideration in future revisions of the online cookbook.

Please peruse through the “Salve Community Cookbook” and enjoy its contents. If people are using the cookbook’s recipes over the summer, the Office of Student Engagement is also encouraging people share their photos on social media and tag Salve Activities on Instagram or Facebook. 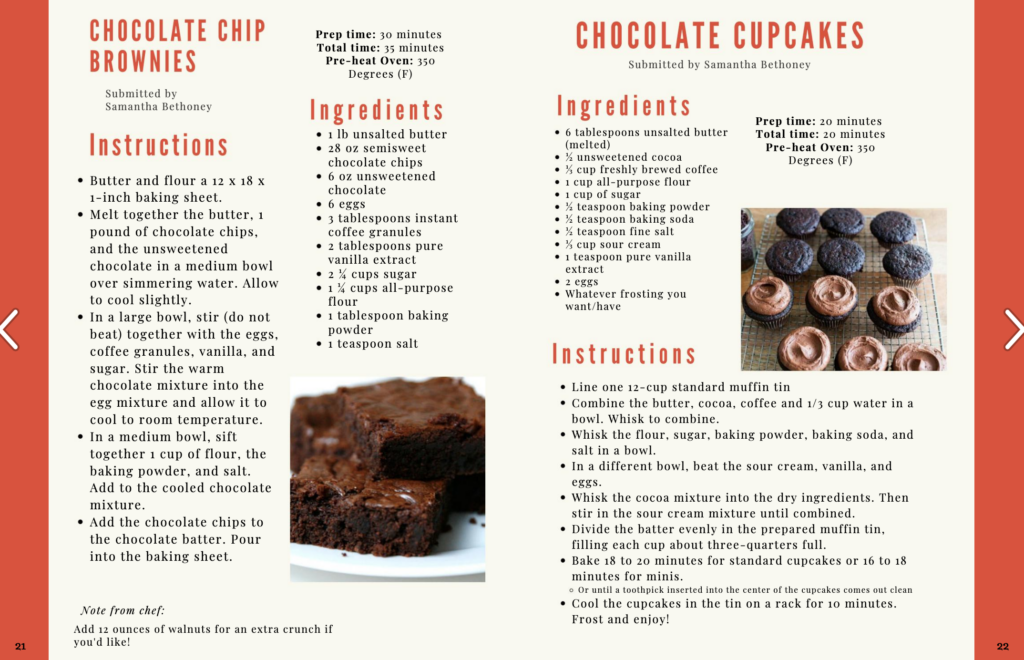 Just a sample of the recipes inside the “Salve Community Cookbook.”