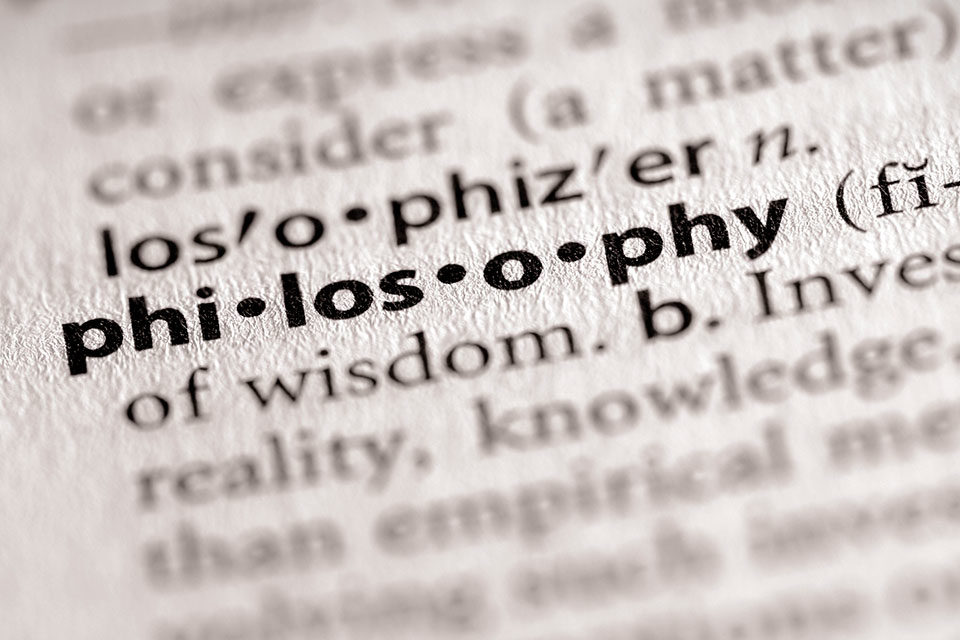 While some might wonder if philosophy has relevancy for everyday matters, there’s nothing quite like a worldwide pandemic to help shed light on the deeper questions that philosophy has been asking for thousands of years.

This was the thought of Craig Condella, professor of philosophy, as he witnessed the sudden change that both faculty and students underwent mid-semester as Salve Regina began remote learning amidst a chaotic time for the world during coronavirus.

“People think a lot of philosophy isn’t entirely relevant and it’s not something they need, but here’s a connection to the real world during COVID-19,” said Condella. “I think this pandemic speaks to the notion that philosophy comes to the forefront when other things break down.”

Condella was teaching a course this semester on existentialism, when he decided to pivot and added “The Plague” by Albert Camus to his students’ reading list. He asked the students to write their final paper on “The Plague,” integrating their reading of the novel with existential philosophy and what is currently going on in the world. 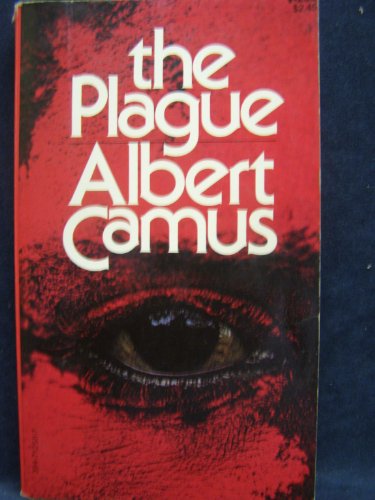 “This course on existentialism is particularly welcoming and open to people who aren’t experts in philosophy,” Condella said. “Because a lot of existentialism is a reaction against and a critique of traditional philosophy that existentialists say does not connect enough with our day-to-day existence.”

The heyday of existentialism lasted from the mid-nineteenth century to the mid-twentieth century, according to Condella. Søren Kierkegaard, whom many consider to be one of the first existentialists, wanted to reflect more directly on human existence—not in the abstract, but what it meant to be an individual in the world making unique choices. Kierkegaard thought this sort of thinking could clear a pathway to a deeper relationship with God.

While many existentialists who came after Kierkegaard—with famous ones like Friedrich Nietzsche and John Jean-Paul Sartre and Albert Camus—were atheist or gnostic, they all wrestled with the questions surrounding what it meant to live an authentic life and to make original choices about how to live that life. According to existentialists, these are things no one can give a blanket answer to, because it’s something every human has to raise as a question for themselves. Those who did believe in God looked to reimagine that relationship with God differently than traditional understandings.

“Existentialism is about embracing the fact that we’re mortal, that we die, that our existence is finite,” said Condella. “That gives a certain kind of urgency to our life, and that makes it meaningful. It makes our decisions matter in ways that are more personal and not abstract in the general sense.”

Albert Camus was a French existentialist who was alive during the time of World War I and World War II who is more well-known for his fictional works than his nonfictional works. “The Plague,” which is fictional story of a plague hitting the French Algerian city of Oran in the 1940s, is considered an existentialist classic, and it helped him win the Nobel Prize for literature in 1957.

The story wrestles with the everyday choices that individuals must make during tragedy and grief, and Condella hoped that students would find some kind of inspiration through reading “The Plague” in the midst of the modern challenges they’re facing.

“When things break down, we have to think more about the choices we make,” Condella described. “It’s usually more personal—like a loved one passing away—but what’s unique about our present situation is that we are experiencing it simultaneously with the world. This becomes a shared kind of crisis that forces society to wrestle with the most important of issues, and maybe even allows us to solve some of them together.”

Students react to reading “The Plague” during coronavirus pandemic

So what did students think about reading “The Plague”? Read below to find some thoughts on Albert Camus’ classic and how it resonated with students facing the current pandemic.

Evan Elichalt ’21, a double major in history and economics with a minor in philosophy 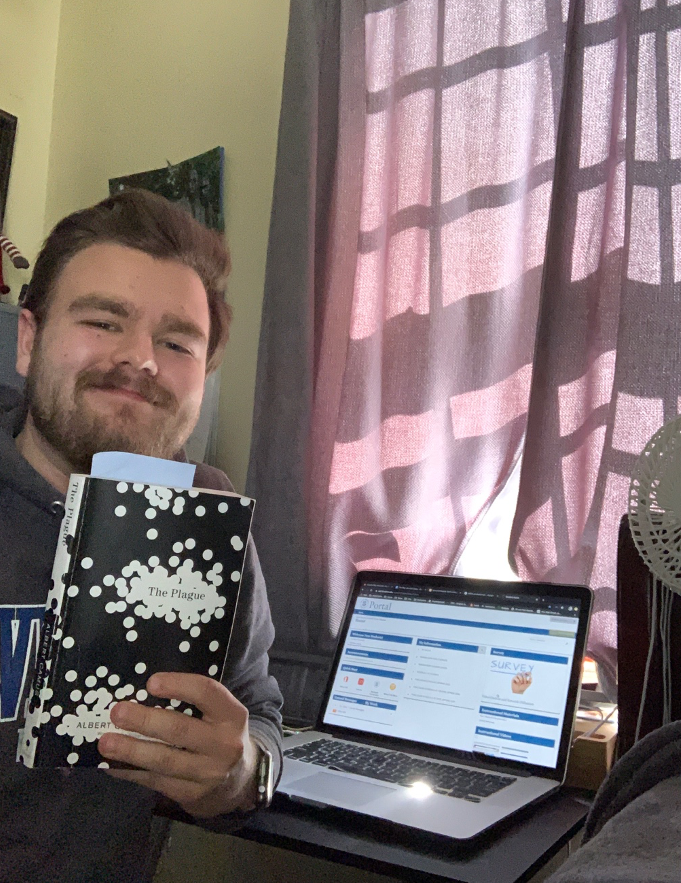 Elichalt read “The Plague” from his home in Falmouth, Massachusetts.

“Reading Camus’ ‘The Plague’ brought about a surreal eeriness in how a book from the 1940s so closely mirrored our present day. Though there is a sense of distress throughout the book, in a way, I found some comfort knowing that the situation we find ourselves in today is not something completely unheard of throughout history. Both the natures of these diseases as well as our human responses to these disasters have been seen before. Though they are a danger, humanity has been able to overcome every bout of pestilence throughout our history.

“The main aspect to my paper was connecting the conditions of pestilence to that of our ordinary lives. Albert Camus was an absurdist, meaning that he believed that the world was filled with chaos. Thus most of what occurs to us are all haphazard amalgamations of this chaotic universe. Camus stated that within all of us exists a certain ‘plague,’ the deep existential problem which states that at any moment our freedom, integrity and our own lives can be taken from us with any freak accident. Plagues and pestilences are just simply only one manifestation of this existential struggle. Though this sounds bleak and pessimistic, the overall message that Camus coveys is actually one of optimism. Because of this eternal struggle that mankind is subject to, we should take in consideration of the pleasantries of our everyday lives: the ones we typically overlook as we are wrapped up in our routines.

“In reflection of my own personal experience, there were many days on campus which I took for granted; choosing to stay-in during one of the perfect sunsets on Ocean Drive or warm spring days to go on the Cliff Walk. Or even now when it is impossible to smile at a stranger on the street, as we are both behind a mask. It is those certain aspects which we only truly appreciate when we can no longer take advantage of them that Camus emphasizes in his novel. Ultimately, according to Camus, the only answer to a chaotic world is to find common decency amongst our neighbors and strive for a connected and altruistic environment where we can lessen our chances of being affected by the existential ‘plague.’ ” 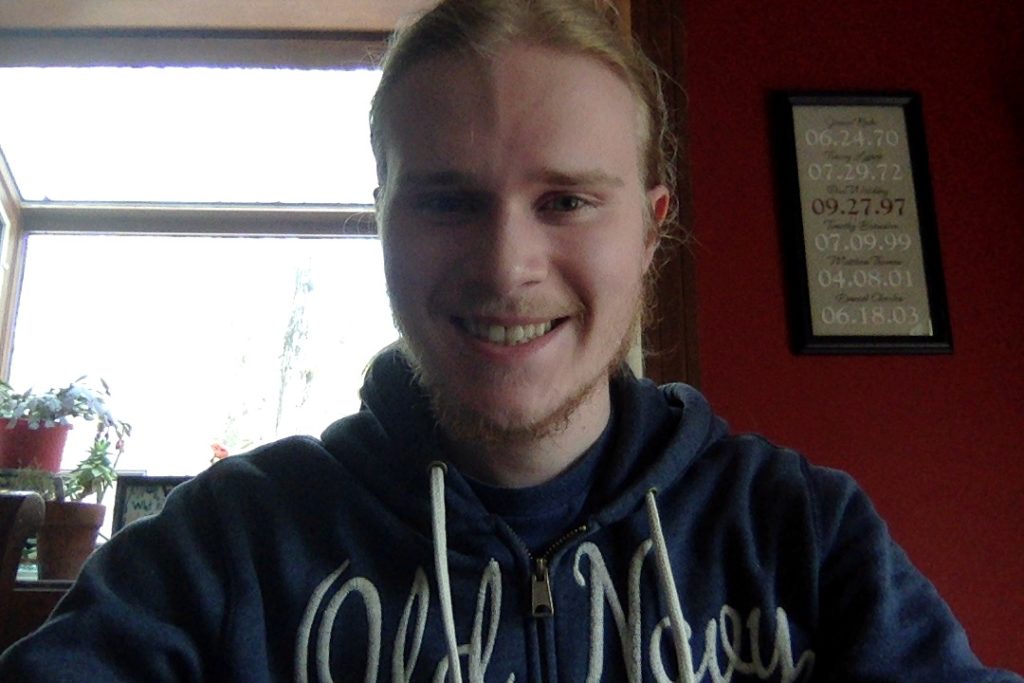 “Reading ‘The Plague’ by Albert Camus has been an eye-opening experience, especially reading it during an actual pandemic, which sheds new light on the story as opposed to reading it during non-plague times. As I was reading it, I couldn’t help but see a plethora of similarities between the behavior and moral attitudes of the people in Oran and our modern world, particularly in the way people initially reacted to the outbreak (which was an attitude of indifference and slight inconvenience), the measures taken to mitigate the disease and mindset of the people as the reality of the plague began to settle in. Seventy plus years later and it is still relevant as ever. Perhaps humans don’t change that much after all.

“My final paper for the class discussed how pandemics and instances of mass death shatter the illusory veil that modernity shrouds us in and the fact that since we must practice social distancing, we are reduced to an isolated individual which is a situation that modern people don’t often find themselves in since we are constantly surrounded by others. It can be a terrifying and disturbing thought for some. However, I end it on an optimistic note saying that during this time of absurdity and confusion … we must revel in the absurd and find some sense of meaning within ourselves and our new reality.” 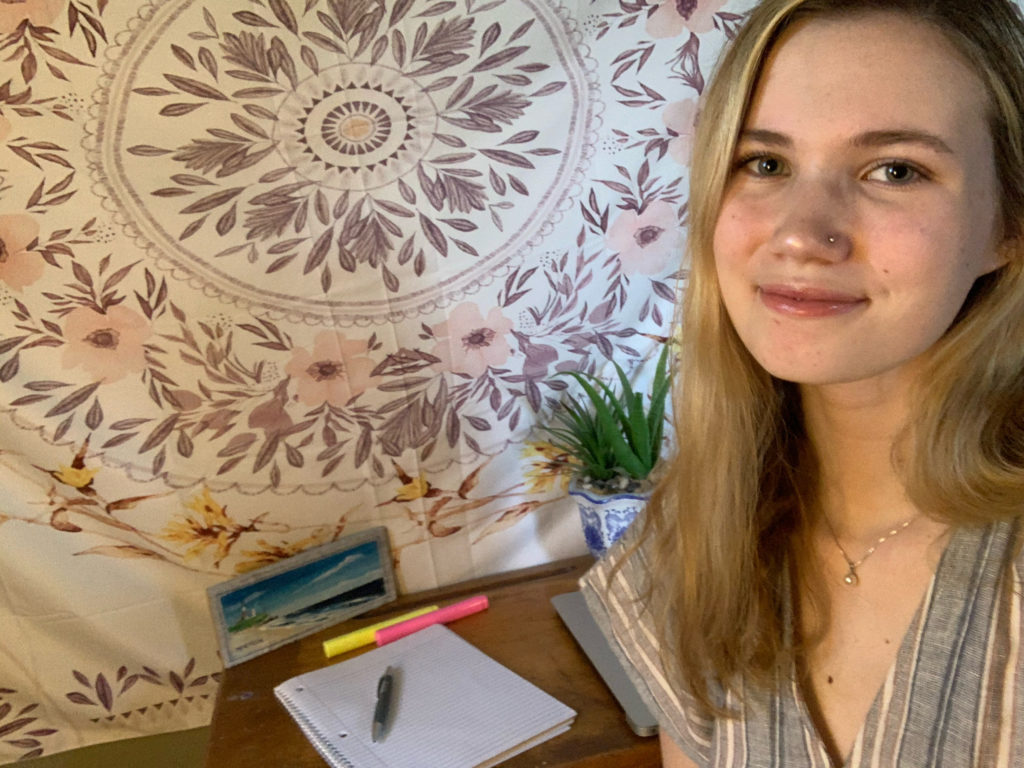 Hontoria working from her home in Long Island, New York.

” ‘The Plague’ was a very interesting book to read during this pandemic. I found it extremely relatable to our current situation. Camus speaks about what it is like to be in quarantine, what it is like to not be able to leave and the general attitude of the community. I think he described our situation perfectly, and I found it really comforting. One thing I found insightful was the idea of finding optimism in a time of darkness; the book is really well written.

“My paper dealt with a comparison of our modern society during a pandemic with ‘The Plague.’ I spent some time talking about Camus’ ideas of heroes. He was very outspoken about how sanitary volunteers in the book aren’t heroes, they are only doing an obligation that is morally right. I found that interesting to compare how we call our healthcare workers heroes.”