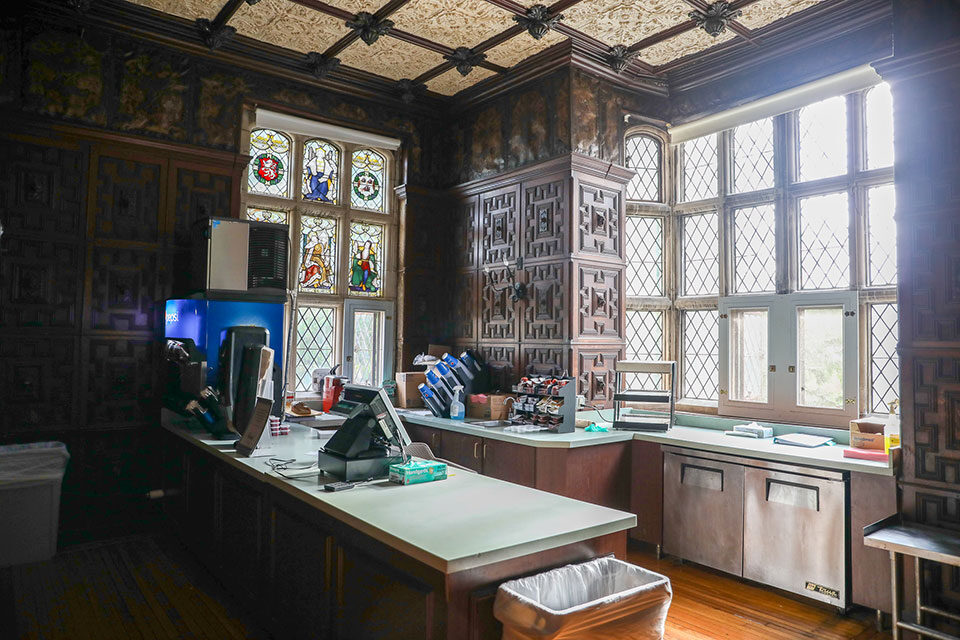 The much-anticipated opening of The Nest, the brand new late-dining option located in Gerety Hall, is officially having its grand opening this weekend on Saturday, Sept. 25 from 7-10 p.m. The grand opening will also be highlighting many other exciting renovations to Gerety Hall, and students are invited to come experience the updates to their student center, learn more about the space through tours and sample some of the new food that will be available at The Nest.

Jillian Gaffga ’23, treasurer of the Student Government Association (SGA), said that the SGA has been pushing for food options in Gerety Hall ever since the 2019-20 school year, which was after the Global Café was removed. Students were asking for warm food options that were available later at night.

“[The Nest] is an option for those students who have late practices or classes and can’t make it to Miley Café before closing,” she said. “That is the biggest need for the creation of The Nest. If I am getting out of class at 8-10 at night, I may not make it in time to Miley to get dinner there.” 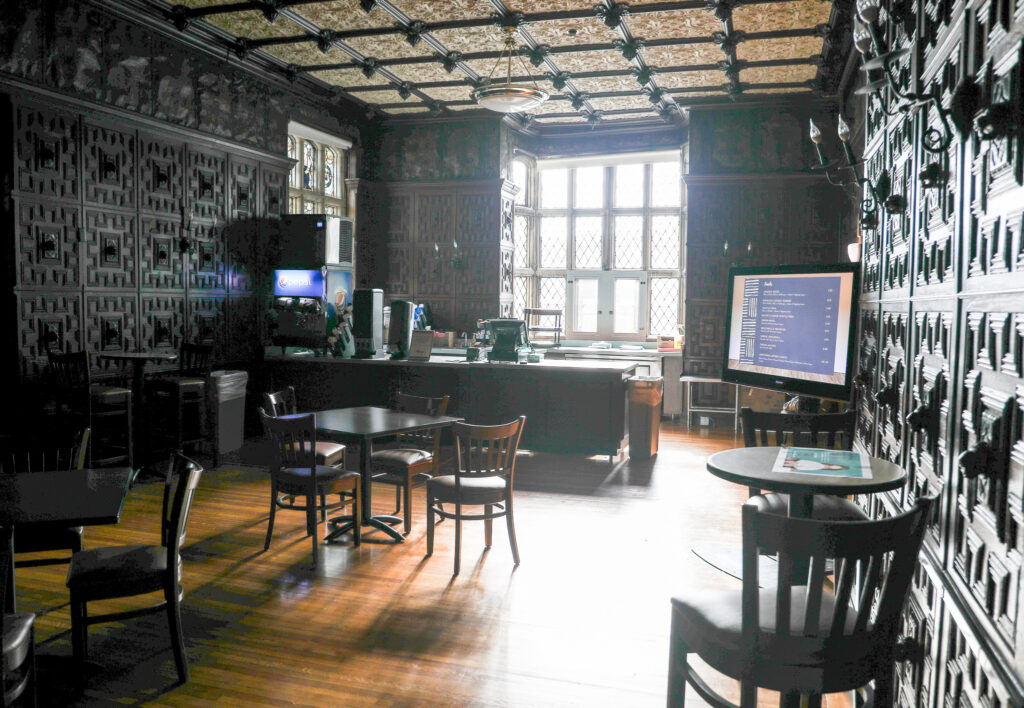 The Nest is located inside Gerety Hall in room 101

Students have been involved in the creation of the The Nest ever since its inception, according to Gaffga. The Nest was given its name because of a poll that SGA conducted, and the SGA even reached out to peers and classmates about ideas and ways to have the best food options available. Sodexo Dining Services and the Office of Student Engagement have been working alongside students to create a solution that works well for everyone involved.

“We are always excited when we can partner with Salve to provide additional services to our students,” said Mark Rodrigues, general manager of Sodexo Dining Services. “Overall, I think Salve did a great job making Gerety feel welcoming as a late-night hang out. Having the right vibe makes for a better dining experience.”

The menu is pub-style food with wings, tenders, nachos, cheese fries, pizza and more, according to Rodrigues. There is an emphasis on inclusivity, and the menu will offer gluten free and vegan options for people with dietary restrictions. Affordability was also a huge concern, as the prices needed to be reasonable for college students, and these prices were reflected in the way that the menu was constructed. 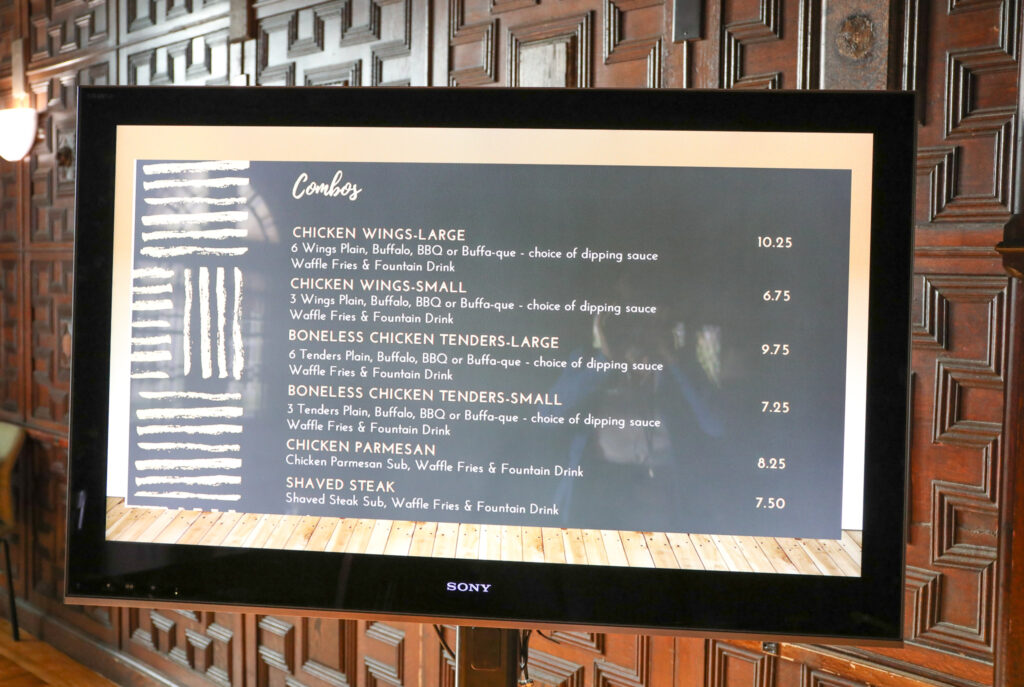 Menu and pricing were not finalized at the time this photograph was taken, but here is a sampling of what the menu at The Nest might look like.

“Some of the orientation leaders got to try a little bit of the food at The Nest during Week of Welcome, so we know that the students enjoyed it,” said Meghan Larkin, assistant director of student engagement. “But we’re excited to get more feedback, and we want the students to tell us what they want, what they need and what they think of the space, because we want them to be happy.”

Once the grand opening has officially launched The Nest, it will be open from 8-11:30 p.m. all seven nights of the week. Students can use Seahawk bucks or a card to purchase items, but the option to use meal swipe exchanges at The Nest to replace dinner at Miley Café is still in the works. 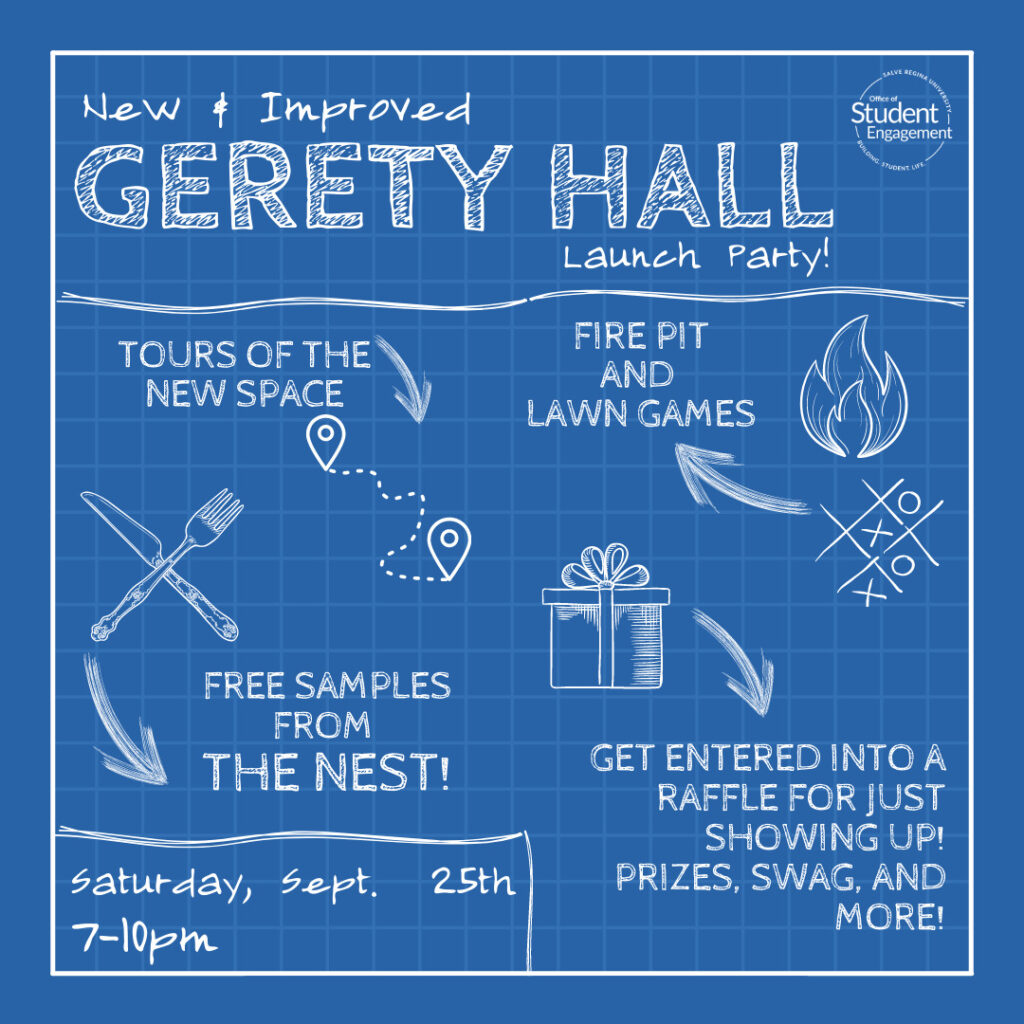