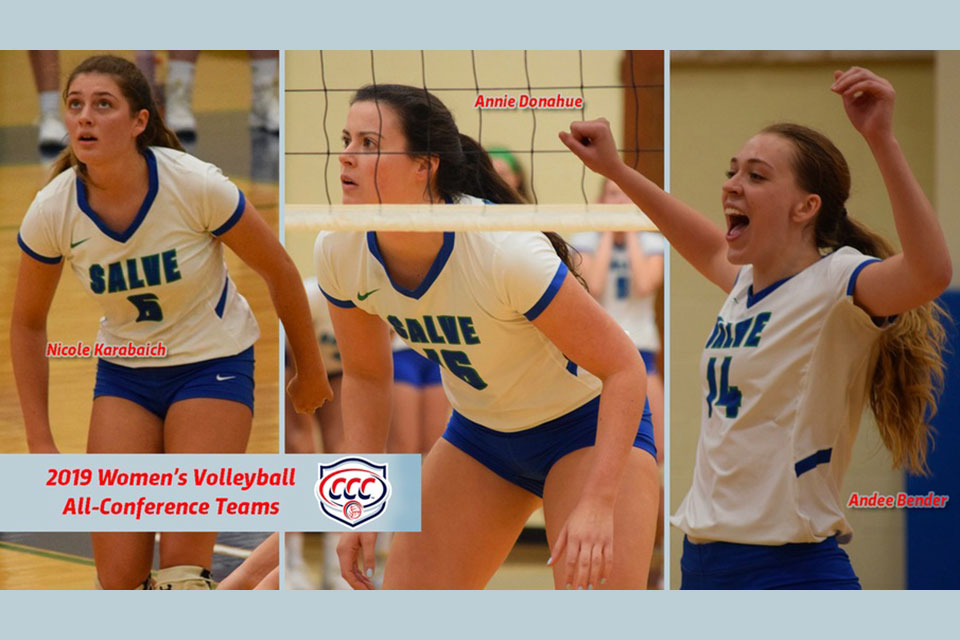 Andee Bender ’21, Annie Donahue ’20 and Nicole Karabiach ’22 have been named to the Commonwealth Coast Conference’s all-conference teams for women’s volleyball.

“Annie, Nicole and Andee have been solid performers for us on the conference side of play,” said head coach Lauren Parsons. “Annie has made first team all four years and I am happy to see her leaving her mark as a senior. Nicole has now made all-conference her first two years here at Salve and she is a player that will continue to thrive and bring a competitive edge to the team. Andee has just come out of her shell and going into her senior year she brings a level of athleticism, power and drive to the team.”

Salve Regina (14-14, 5-3 CCC) swept the University of New England in the quarterfinals of the conference tournament and travels to face top-seeded Endicott College in the semifinals on Thursday, Nov. 7.