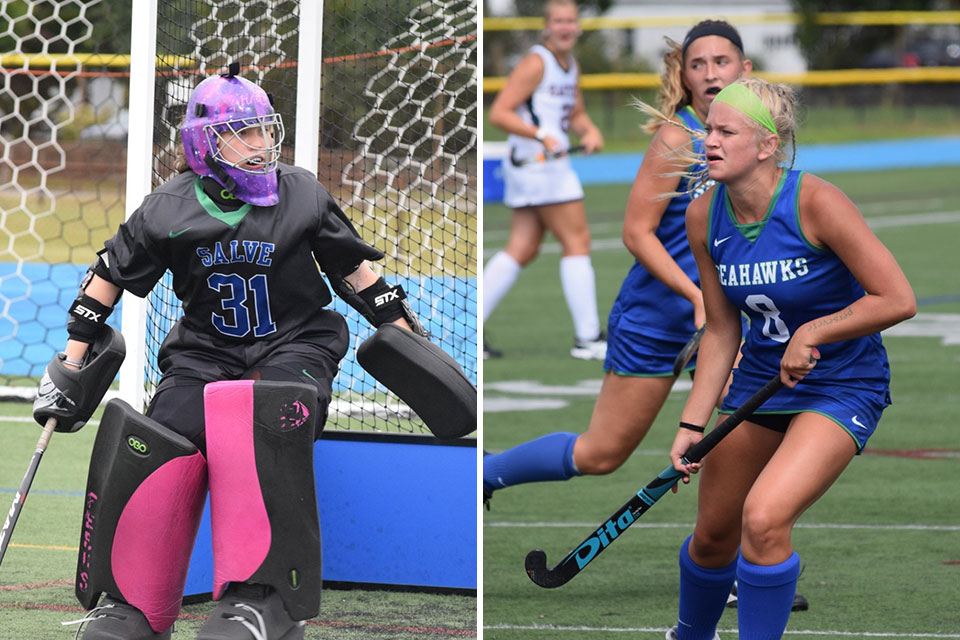 Febus was named rookie of the week after picking up two more wins to improve to 7-3 on the season. Against Gordon College, she allowed just one goal while making six saves. She backed that up with eight saves in a 4-3 victory over Roger Williams University. For the week, Febus had a 2.00 goals-against average and a .778 save percentage. She currently ranks fourth in the conference in saves.

“Casey has made a very smooth transition to the college game and came up big for us this past week,” said head coach Jennifer Foster. “She is a poised goalie which anchors our defense and gives the entire team confidence.”

Timms was named offensive player of the week after leading the Seahawks in scoring during a 2-0 week against conference opponents. She opened the week with three goals in the 6-1 victory against Gordon before posting a five-point game (one goal, three assists) in the win over Roger Williams. In total, Timms scored 11 points for the week and currently leads the conference in both goals and points.

“Eliza had a breakout week for us in two conference wins,” Foster said. “She works well with her fellow forwards in creating and finishing goal-scoring opportunities.”