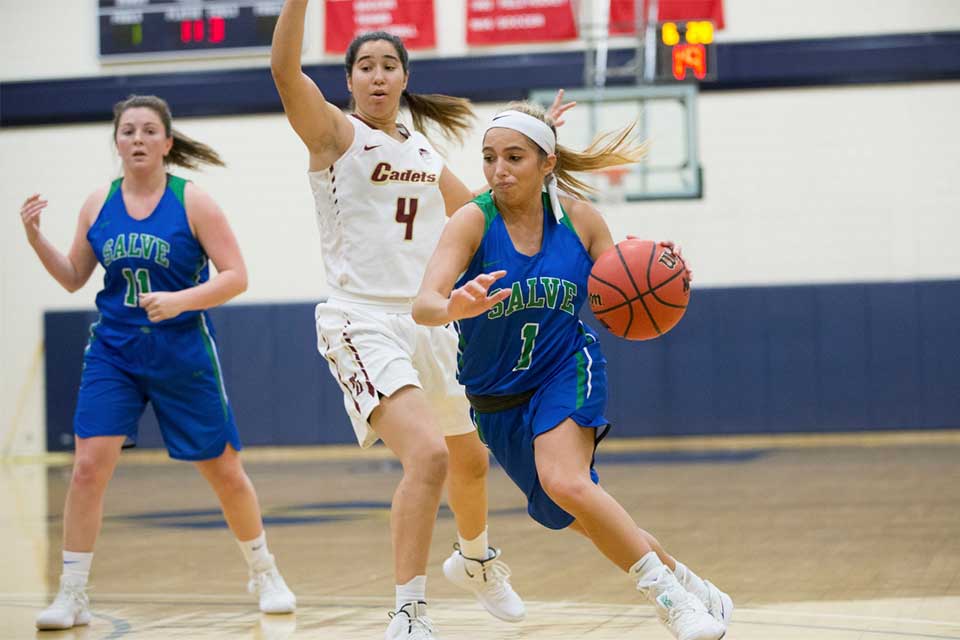 Blake Wojtala ’19 was named goalie of the week after backstopping his team to the Skidmore Thanksgiving Invitational Championship with a pair of 30-plus save showings. He made 31 saves in a 4-1 win over Bryn Athyn College before turning away 33 shots in the championship game against the hosts. He finished the invitational with a 1.50 goals-against average and a .955 save-percentage.

Torie Scorpio ’20 was named player of the week after averaging 21 points in the Mercy Tournament hosted by Misericordia University and earning all-tournament recognition. After posting a 14-point performance against the hosts in a 70-56 setback, she set a career-high with 28 points in a 73-59 win over Gwynedd Mercy University. Scorpio shot 55.6 percent (15-for-27) in the tournament.