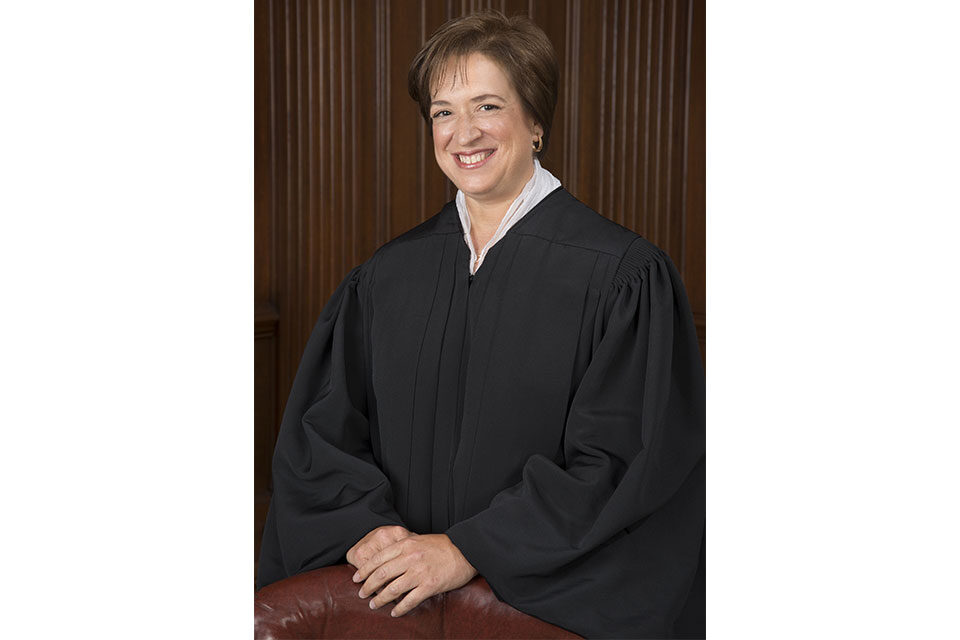 The Hon. Elena Kagan, associate justice of the U.S. Supreme Court, will participate in a conversation with the Salve Regina community on Monday, Sept. 19. The “fireside chat” will be held at 2:30 p.m. in a tent on the Gerety Hall lawn before an audience of students, faculty, staff and invited guests.

Members of the University community may register through Eventbrite. The registration deadline is Monday, Sept. 12. Faculty who are teaching at that time are encouraged to bring their students to the event. If a professor would like to do so, please send their complete course roster to Teresa Haas at teresa.haas@salve.edu by noon Monday, Sept. 12, and she will register everyone on their behalf.

Justice Kagan will be interviewed on stage by Jim Ludes, Salve Regina’s vice president for strategic initiatives and an award-winning broadcaster of the public affairs program, “Story in the Public Square,” seen nationally on public television.

Justice Kagan’s visit comes as Salve Regina begins a year-long celebration of its 75th anniversary, which officially kicks off on Sept. 21. During the upcoming year of special events and programs, the University will share its history as a transformative, academic community and showcase how it is fulfilling the mercy promise of its 1947 founders, the Sisters of Mercy.

Justice Kagan was born in New York, N.Y. on April 28, 1960. She received a bachelor’s from Princeton University in 1981, a master’s from Oxford University in 1983, and a doctor of law degree from Harvard Law School in 1986. She clerked for Judge Abner Mikva of the U.S. Court of Appeals for the D.C. Circuit from 1986-1987 and for Justice Thurgood Marshall of the U.S. Supreme Court during the 1987 Term.

After briefly practicing law at a Washington, D.C. law firm, Kagan became a law professor, first at the University of Chicago Law School and later at Harvard Law School. She also served for four years in the Clinton Administration, as associate counsel to the president, and then as deputy assistant to the president for domestic policy.

Between 2003 and 2009, Kagan served as the dean of Harvard Law School. In 2009, President Obama nominated her as the solicitor general of the United States. A year later, the president nominated her as an associate justice of the Supreme Court on May 10, 2010. She took her seat on August 7, 2010.

For the University community to register for the event, go to the conversation’s Eventbrite. The deadline to register is Sept. 12.