“I’m very proud of our entire team and what it took to get back on the field this season and compete, but especially proud of these two players,” said Bill Villareal, head coach of Salve Regina’s field hockey team. “Each has worked tremendously hard and is deserving of this recognition.”

Doherty led the Seahawks in scoring and points while becoming the seventeenth player in program history to top 100-career goals. She finished her senior season ranked eigth all-time in Seahawks history for goals scored. The two-time captain makes her second All-CCC squad as a second team attack.

“It’s been a pleasure working with Kaity over these last four years,” said Villareal. “Watching her grow as a young lady and player throughout these years makes me very proud. She will be tough to replace on the field.  Many accolades on the field and a two-time team captain within the women’s lacrosse program. She should be very proud of her college accomplishments!”

Ventura, who transferred to Salve Regina this past fall, started her first season as a Seahawk in the midfield, but she also saw time at defense and developed into a versatile two-way threat. She earned second team All-CCC honors at defense.

“Kelly is an extremely hard worker who loves competition,” said Villareal. “She is quickly becoming a force to be reckoned with as she is extremely motivated to constantly improve her game which elevates the tenacity of her teammates. Extremely proud of Kelly and look forward to her progress over the next couple years!” 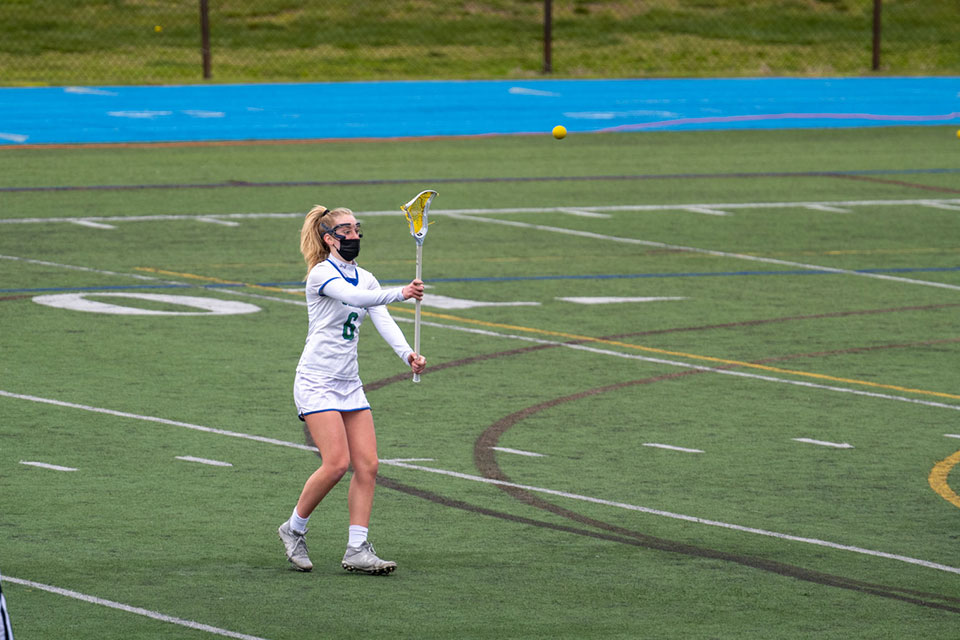 Voting for the All-CCC Teams and major awards was conducted by the nine CCC head women’s lacrosse coaches following the conclusion of the regular season.

Featured photo is of Kaity Doherty ’21