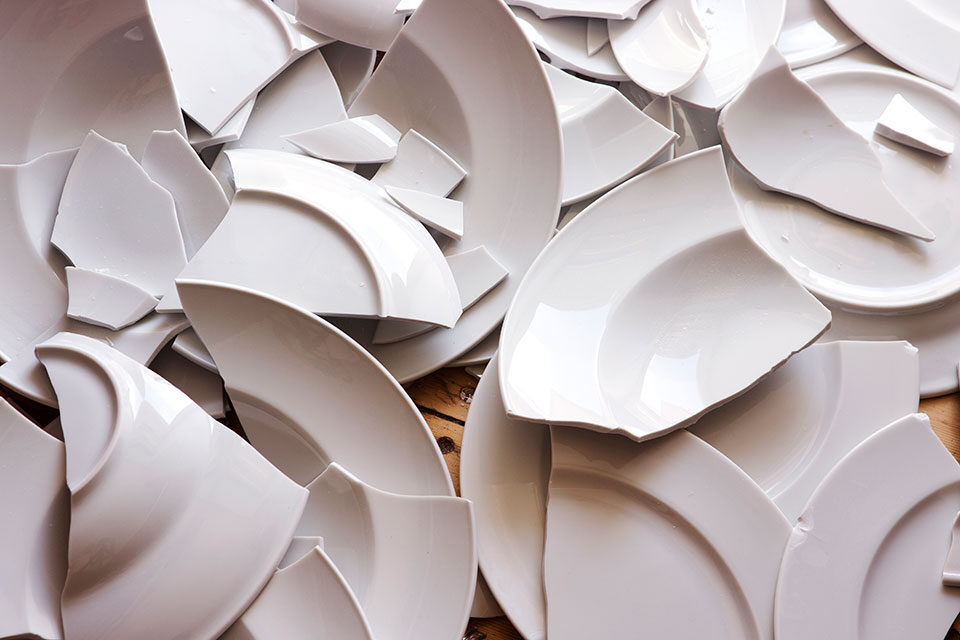 While the nation’s social and political discourse has devolved into an unhealthy standoff fueled largely by anger and accusation, Salve Regina students representing several organizations across campus may have found the perfect way to help lower the temperature a bit — by injecting a little rage into the process.

This week’s Friday Night Live event will be held on the Gerety Hall lawn on Friday, Sept. 18, from 8-10 p.m. It will feature a voter registration drive together with a plate-throwing event entitled “Rage Room: Smash the Stress”. The evening’s activities also will kick off with a student-run “Election Q&A” discussion on Zoom from 6-7:30 p.m.

In addition to Friday’s Q&A and voter registration drive, OSE’s “Rage Room: Smash Event” will be held again on Saturday, Sept. 19, at 2 p.m. on the Gerety Hall lawn. 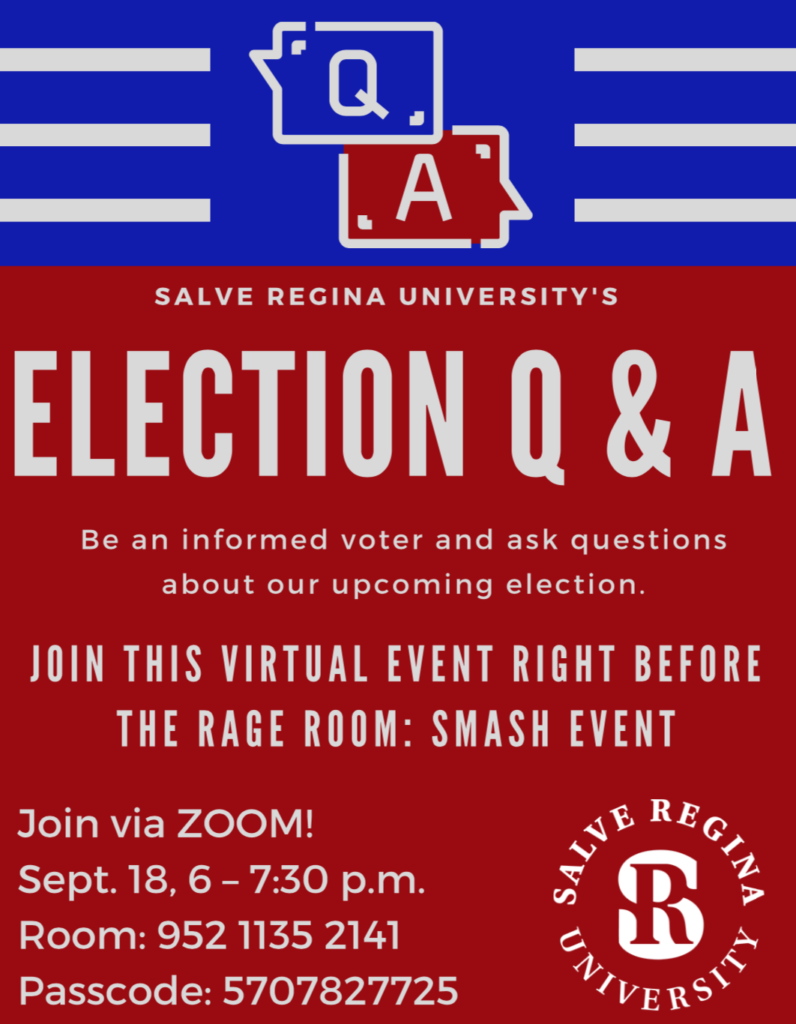 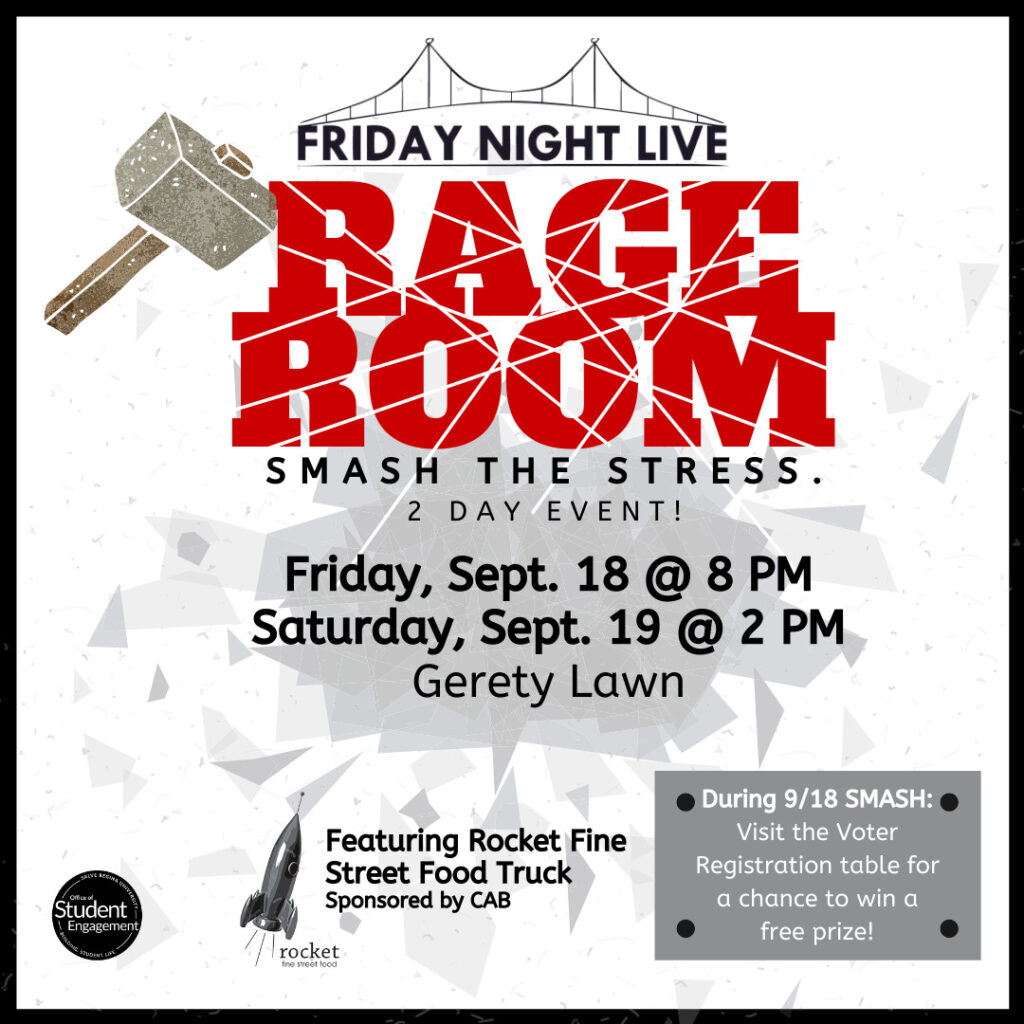 Peter Tsemberides ’22, an administration of justice major who founded the free speech-inspired Thoughtful Americans for Truth (TAFT) on campus last fall, is organizing and will moderate the Zoom discussion together with Timothy Jaeger, president of Salve’s Model United Nations Delegation. They hope the discussion will inspire people to become better informed voters.

“Student interest from the circle of on-campus political activists has been strong,” Tsemberides said. “But I hope to get people not too versed in politics so we can steer them in the right direction in their search of knowledge and understanding news beyond just the headlines.”

Tsemberides, who is also president of the ADJ Club, founded TAFT with the help of faculty advisor Vincent Petrarca, in an effort to generate thoughtful debate and temper the growing violence in today’s political climate. The group was named to invoke the ideals of former President and Supreme Court Chief Justice William Howard Taft.

“The political environment is very divisive,” Tsemberides said. “A majority of people use fragments of information they have as opposed to listening to others … a problem my club was made to oppose. Our club helps students look at both and all sides of the political spectrum to broaden their viewpoints or strengthen their own through the use of meetings, tabling and guest lecturers.”

Balady, who is majoring in philosophy and political science, hopes this non-partisan event can be a first step toward engaging students with political activism on campus. “It’s very disheartening to see the fundamental breakdown of our national political dialogue,” Balady said. “Frankly, we have some massive issues we need to address, and though we clearly are partisan actors rooting mostly for one side, that support is not unconditional, and these problems cannot wait for government officials to grow up and get to work, on both sides.” 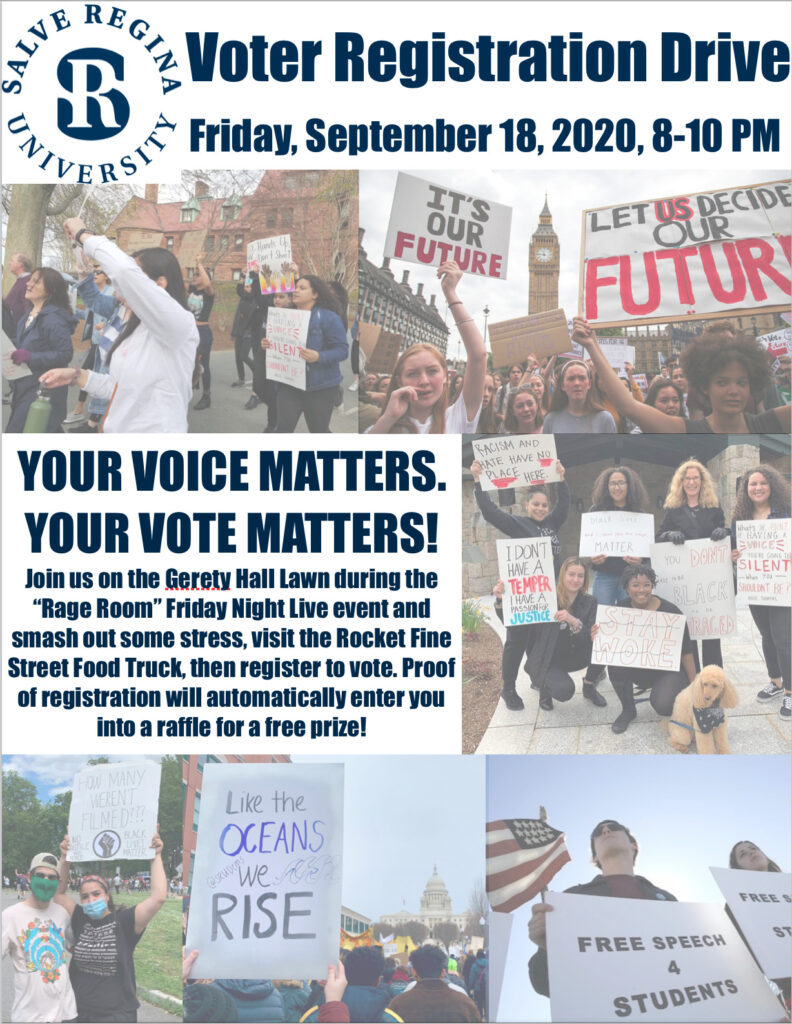 Balady said students often share that they are interested in politics, especially this generation with the rise of social media, but often don’t know where to start or don’t know enough to feel comfortable getting into the conversation.

“Poll after poll proves there is common ground to be found on so many of these converging crises, from climate change, to the coronavirus pandemic, our rigged economy, racial justice, big tech, taking care of our veterans and others,” Balady said. “We know that there is much more that connects us than what divides, and we hope to help bring up a new generation of leaders and citizens, ready to solve the problems threatening us all.”

Friday’s events illustrate how multiple campus groups with varying perspectives can work together in a respectful and constructive manner. In addition to the Office of Student Engagement (OSE), TAFT and College Democrats, representatives from the Black Student Union, Campus Activities Board, International Student Club, Multicultural Student Organization, Student Government Association and Administration of Justice Club all contributed.

“I think we should be so proud of our Salve students and the work that they are doing to encourage all of us to get out there and vote,” says Gretchen Sotomayor, McKillop Library’s special programs and instruction librarian who helped coordinate student efforts. “These students are leaders on campus, leaders in their classes, and yet they are still taking time out of their busy lives to host discussion forums or set up tables every week on campus to register people to vote. That demonstrates incredible passion and commitment to educating others about the precious voting rights and responsibilities we have as U.S. citizens.”