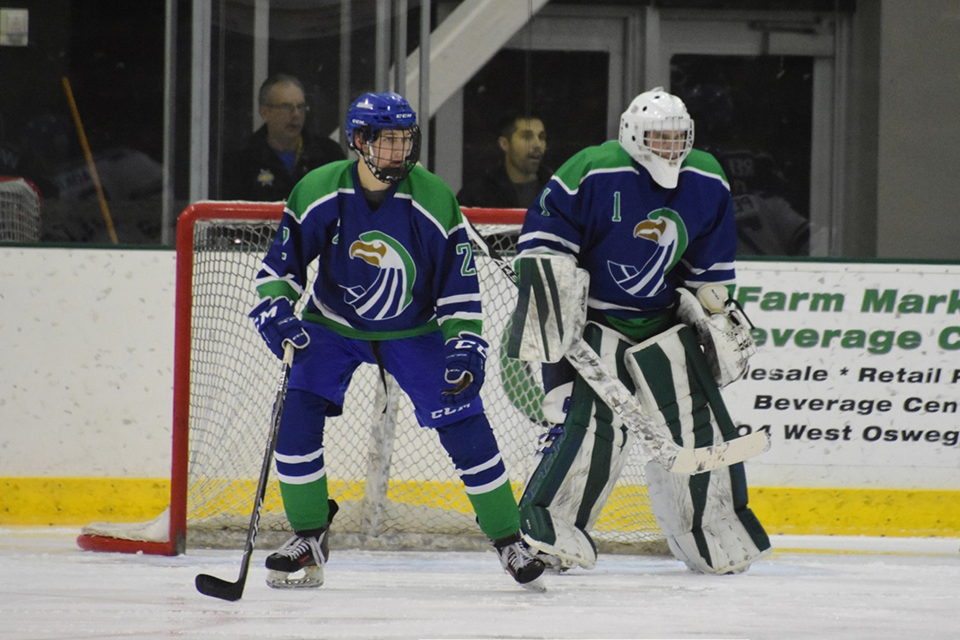 Wojtala finished third in the conference in both goals against average (2.56) and save percentage (.915). He made 30-plus saves nine times, including a 59-save showing against Endicott College Nov. 16, which is tied for fifth for the most saves this year in an NCAA Division III contest.

Dillon put together a strong season for Salve Regina, patrolling the blue line and picking up 21 points. Twenty of those points were assists, which ranked him seventh in the conference in the category. He ranks 17th in NCAA Division III in points per game for freshmen and defensemen at 0.88.

Vincenzo Renda ’21 was named to the first team after posting five goals and 19 assists for 24 total points. He ranks second in the conference and seventh in the nation in points per game for defensemen.

Danny Eruzione ’21 was named to the second team after logging 13 goals and 24 assists for 37 total points. He was the fourth highest scoring player in the conference and is 10th in the nation in points per game.

Nick Cyr ’19 was named to the second team after scoring three times and dishing out 12 assists during the regular season. His +11 mark is tied for the best on the squad. Cyr has played 110 games in his Salve Regina career, setting a new program record for games played.

Paul Boutoussov ’21 was named to the third team after leading the Seahawks in goals scored with 19, a new career high. He scored the second-most goals in the conference and is tied for the most power play goals (6).