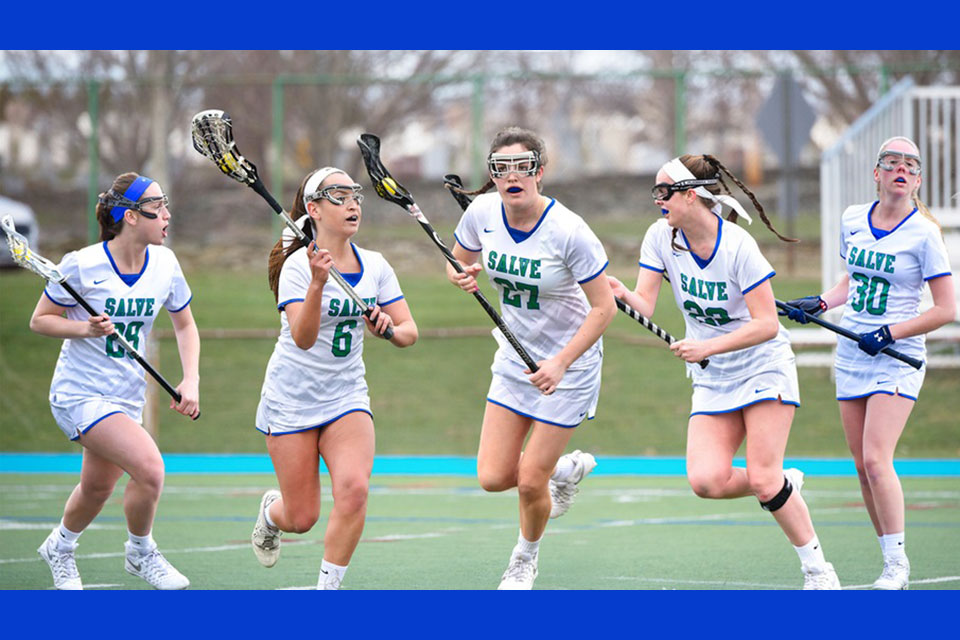 Kiley Anderson ’20, Kerri Beland ’19, Gabrielle Majenski ’20, Lindsey Smith ’19 and Maddie Villareal ’20 have been named captains of the women’s lacrosse team for the 2019 season.

A business administration major, Anderson works extremely hard and is a very positive role model for all of her teammates. A two-sport athlete and team captain in both lacrosse and basketball, Beland is an accounting major and an academic all-conference selection.

“I’m very excited for the 2019 women’s lacrosse season,” said head coach Bill Villareal. “This team is extremely lucky to have these talented, dependable and mature student-athletes leading the charge. They all play an integral role in the rising success of this program.”

Salve Regina opens its season at 1 p.m. Saturday, March 2, when it hosts Simmons University in a non-conference matchup at Gaudet Field.