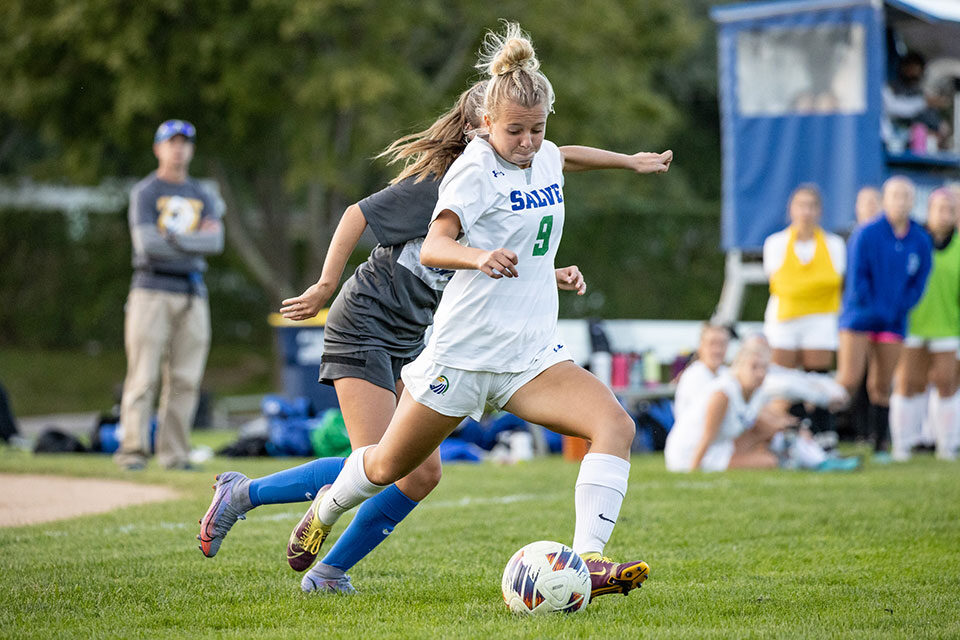 Making an impression in her first collegiate season was Salve Regina’s Hannah Daniewicz ’26, who was named the 2022 CCC Rookie of the Year. Daniewicz also was named to the second team forward, while fellow teammate Olivia Pickard ’23 was named a third team midfielder.

“I’m very happy and proud for Dani to receive CCC Rookie of the year, as this is a huge accomplishment,” said Tanya Roberts, head coach for women’s soccer. “Dani is one of the kindest individuals and a great teammate that leaves everything on the field. She is very dangerous on attack with her speed and fearlessness to run at players. A pure finisher, she can score from anywhere at any time.”

Voting for the All-CCC Teams and major awards was conducted by the 10 CCC head women’s soccer coaches following the conclusion of the regular season and do not take postseason play into consideration.