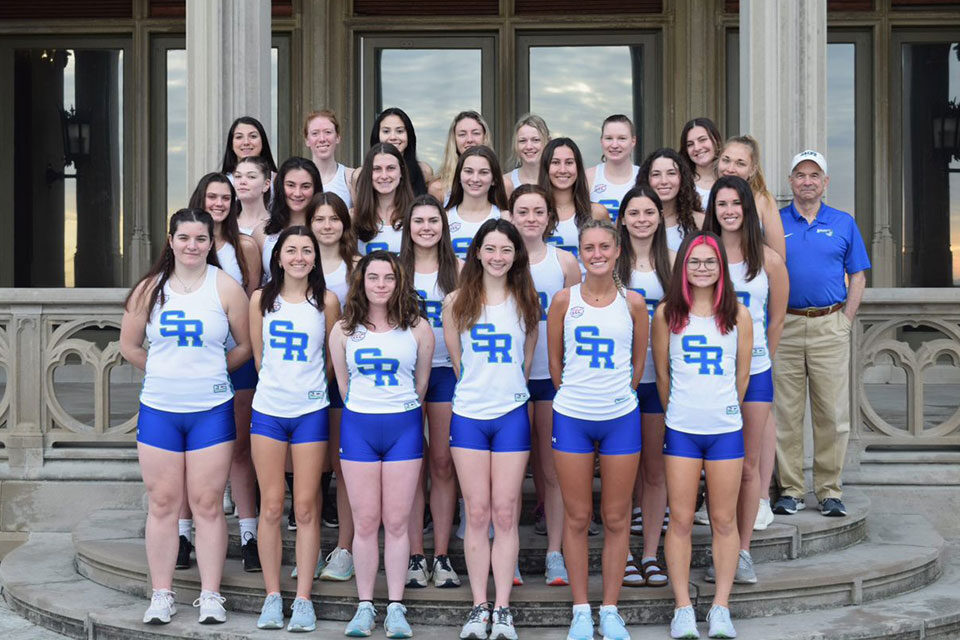 More than 150 teams were recently honored by the U.S. Track & Field and Cross Country Coaches Association (USTFCCCA), including Salve Regina’s women’s track and field team. This is the ninth year in a row they have achieved this honor. The Seahawks also placed 23 out of a possible 27 athletes on the Commonwealth Coast Conference All-Academic team as well, showing an academic strength throughout the entire roster.

“It is no surprise that our women’s track and field team has been selected as a national All-Academic team,” said Hird, head coach for the women’s track and field team. “It has been said that smart people are fun to coach, and that absolutely is the case with these young women. They train hard and effectively. They understand coaching points quickly and are able to incorporate them into their preparation. They are massively enjoyable to coach.”

It was Matthew Hird’s final season as head coach.

To be named an All-Academic Team, the cumulative team GPA of all student-athletes in the season of eligibility must be at least a 3.1 on a 4.0 scale through the most recent semester/quarter. It is computed by the following method: